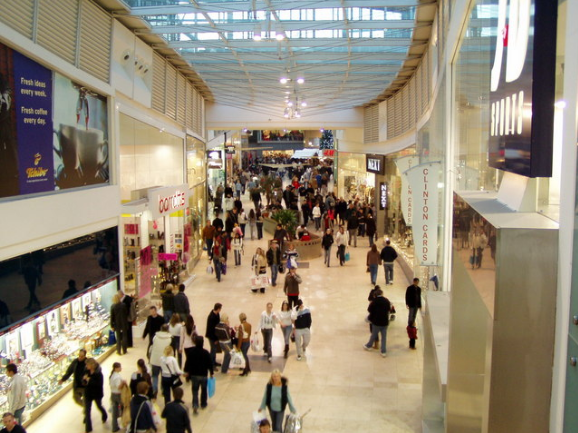 Samsung and Pavegen collaborated to give shoppers in Sandton City shopping mall a positive take on renewable energy, as part of Samsung’s ‘What If I Can’ campaign.

The energy stored from shopper footfall will provide deprived communities in South Africa with lighting, heating and basic everyday amenities, aiming to prove that even the smallest action of movement can make a huge difference to standards of living across the world.

The ‘What If I Can’ campaign, initiated by Samsung, focuses on shifting ideals and mindsets towards a more optimistic, proactive way of thinking. By providing shoppers with the means to generate renewable energy through a simple act of movement, the campaign emphasises the fact that one person can impact the lives of others. The positivity behind this message is in line with Pavegen’s ethos, as its kinetic tiles unite communities in an engaging form of renewable energy generation that is readily available and literally beneath their feet.

Samsung is committed to boosting its green credentials, both through product manufacturing and community initiatives. The Samsung Recycling Direct program, for example, encourages recycling throughout America by offering smarter methods of waste disposal. Samsung’s program has helped communities recycle over 114 million pounds of rubbish across the States.

Ntutule Tshenye, Director of Public Affairs and Corporate Citizenship at Samsung Electronics Africa, said: “We feel that a consumer facing campaign such as ‘What If I Can’ is both complementary and even gives credit to our innovate solutions such as Solar Powered Internet Schools and Solar Powered Digital Villages. Both initiatives work to empower people by delivering revolutionary solutions designed to overcome local challenges and take communities into the future; impacting the lives of people around the world.”

CEO and Founder of Pavegen, Laurence Kemball-Cook, greatly approved of the project. “Whenever someone takes a step on our tiles, it’s enough energy to light a bulb for a few seconds. This movement, multiplied by the thousands that walk through Sandton City on a daily basis, can definitely change the future of energy generation within our smart cities – as well as energy usage within developing areas of the world.”