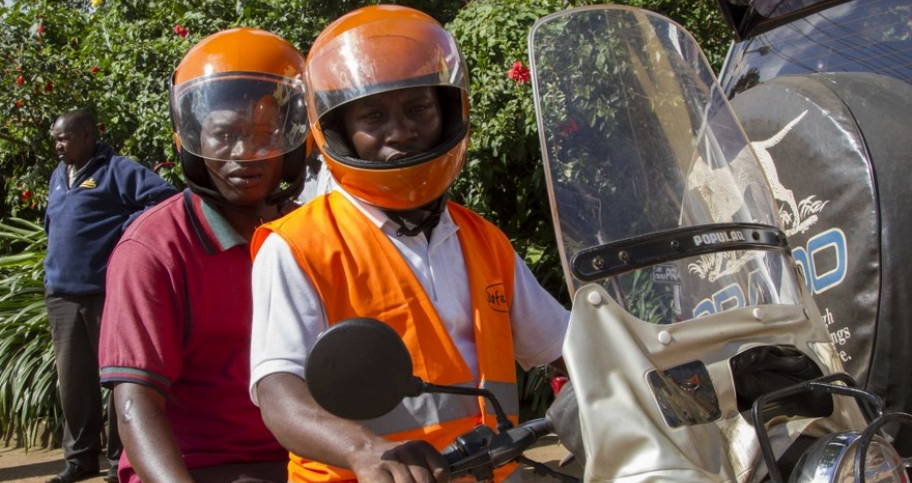 Expose your brand to the most focused industry sectors in one of the fastest growing economic spaces – the green economy. Click here for more…

While there are no immediate plans for the service to be launched in Africa, where motorbikes are used widely due to under developed transport system in many cities, the high standard that comes with signing up to Uber is expected to improve passenger safety on the continent.

In Uganda, where motorcycles — popularly known as boda bodas — are the main mode of transport in the capital Kampala and other smaller towns, there is already a startup that seeks to provide safe and efficient services for riders and their passengers.

The SafeBoda app, an initiative by a local tech startup, allows users to hail a boda boda at the click of a smartphone.

According to a CNN report, over 80,000 rides are taken on motorbikes in Kampala each day.

Services like UberMOTO and SafeBoda that require their drivers to meet certain standards and for all passengers using their service to wear helmets are seen as a good way to improve safety on the roads.

“Motorcycles are part of the commuting culture in Thailand, Douglas Ma, Uber’s head of Asia expansion told CNN, adding that the new service would also create job opportunities for thousands of Thais.

UberMOTO will be available on the Uber mobile application and operators will be required to have similar qualifications as their car counterparts and a helmet for their passengers.

The company has partnered with the Thai Traffic Police and Head Awareness Club (HAC) in efforts to educate the residents on motorcycle safety and is donating helmet to students and adults as part of the program.

This is not the first time that Uber has introduced motorcycle services. In 2012, it tried a similar service in Paris, France that lasted for several weeks. A similar service, UberAUTO, was also introduced in India but was abandoned months into existence after it was unsuccessful.