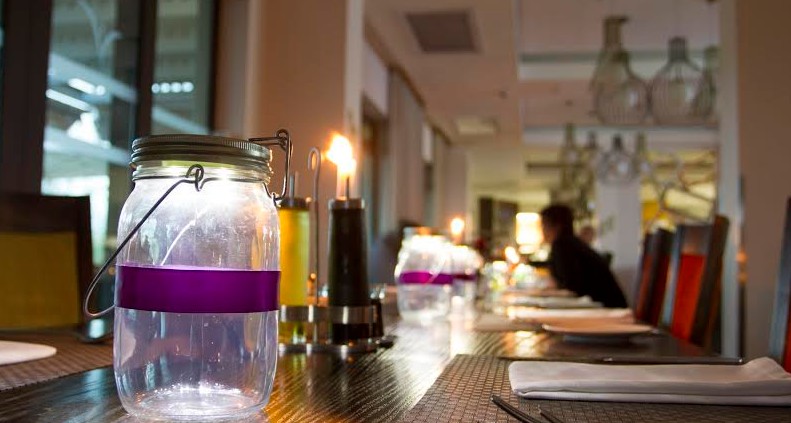 Cape Town – With global warming on everyone’s mind, thanks to the Paris climate change summit, it seemed a good time to visit Cape Town’s Hotel Verde.

The venue markets itself as Africa’s greenest hotel and the first hotel in Africa to offer carbon-neutral accommodation and conferencing.

Is it just me or does anyone else get annoyed with green jargon? What exactly is carbon neutral accommodation?

There has been huge interest in the venue since it rolled out the green carpet and the hotel was fully booked on the evening of our visit. A news clippings agency estimates the value of the media exposure that the hotel has generated at R25-million, which nicely balances the green budget of R22m.

Hotel Verde focuses on efficient energy use, rather than using renewable energy. In an efficient system, waste products become resources. A slogan on the wall reads “Come shower so that we can flush the toilet”, referring to the fact that used bath and shower water is channelled to the grey water plant, where it is filtered, sterilised and used to flush toilets.

Edged with gleaming silver pipes and decorated with funky murals, the underground parking is surely Cape Town’s most inviting car park. Our guide informs us that instead of concrete pillars that are usually used to hold buildings aloft, the hotel used 46 000 Cobiax void formers. “You must have had a seriously qualified structural engineer” remarks one man in response to the intricate explanation about Cobiax void formers. Basically, because Hotel Verde uses less concrete it is 34 percent lighter than a conventional building.

Above the car park, green roofs and living walls are incorporated into the hotel. I love the idea of picking my spinach from the wall. Who said that vegetables have to be grown in the ground? One wall is a dedicated vertical aquaponics garden where small edible plants, like fennel and parsley, are grown, picked and used in the restaurant.

Everything at Hotel Verde is incredibly controlled – except for the guests. The hotel sends only 13 percent of all its waste to the landfill and most of that waste is created by guests. Other than sifting through their luggage, which visitors don’t really appreciate, there is no way of ensuring that clients don’t import heavily packaged goods or chemical-laden toiletries. The hotel provides environmentally friendly products in rooms and hopes for the best.

Hotel Verde’s gym brings attention to how much effort it takes to generate energy. The exercise bike shows that despite the most frantic pedalling, users only manage to produce enough energy to boil water for a cup of coffee.

This is a variation of the demonstration by Olympic track cyclist, Robert Forstemann. Even with his 74cm thick legs, generating enough energy to power a 700w toaster to create golden-brown toast left Forstemann lying on his back panting. All the talk of Cobiax void formers and complicated cooling systems makes me hungry and I’m keen to tuck into the earth hour buffet. Adapted from the global annual Earth hour, this regular Wednesday night buffet style braai allows guests to dine by candle and solar lighting.

Thankfully, green dining is delicious. Organic food sourced within a 360km radius ensures that the salads are fresh and crunchy. The best thing about the buffet is the conversation it inspires about how to save the world, or at least set up an aquaponics system. My companions are visionaries, people who want to change the world, one bunch of spinach at a time. They include Sheryl Ozinsky who runs the Oranjezicht City Farm at Granger Bay, and Fiona McPherson, who is spearheading the aquaponics movement in SA.

Hotel Verde is sandwiched between carbon guzzling capitalism to the left and poverty to the right. I can’t help but think as I nibble on my organic celery stick that any carbon savings guests might make during their stay are obliterated the moment they step into the airplane. One 8 000km round-trip flight from Europe creates a warming effect equivalent to two or three tons of carbon dioxide per person.

Then there is the awkward fact that township residents have a much more negligible carbon footprint than all the privileged people scuttling about the globe.

Without meaning to burst Hotel Verde’s carbon neutral bubble, I feel compelled to point out that the easiest way for guests to lessen their carbon footprint is to simply stay at home. Air travel is the biggest carbon sin. As the poet Gary Snyder said: “The most radical thing you can do is stay home.” Elaborating on this theme, historian and activist Rebecca Solnit writes: “The word radical comes from the Latin word for root. Perhaps the most radical thing you can do in our time is to start turning over the soil, loosening it up for the crops to settle in and then stay home to tend them.”