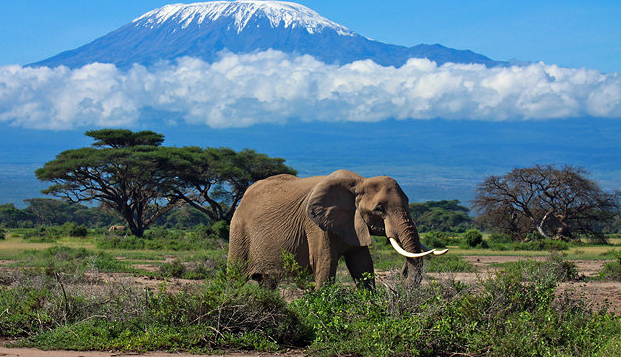 IN a move to promote domestic tourism, a local company, Jovago has launched an online campaign dubbed ‘Tanzania Yetu’ to encourage local residents to visit attraction sites in the country.

Addressing members of the media in Dar es Salaam recently, the Public Relations Manager of Jovago, Ms Lilian Kisasa, said that the campaign was aimed at encouraging Tanzanians to share photos and videos of the attraction sites they have visited across the country using #Tanzaniayetu.

“Through various social media like face book and Instagram, people will be able to post photos and videos of the country’s attractions they have visited so as to encourage others,” said Ms Kisasa.

Based on Tourism Report of 2015, most tourists visiting the country are from Kenya, United Kingdom, United States of America, Germany, South Africa and France, which constitutes 60 per cent of foreign visitors and 40 per cent domestic.

“The campaign will require local people to share their experiences in the tourism sector so as to motivate those who have never done so to explore their own country and enjoy the beautiful attractive places they have never seen before,” she pointed out.

According to the Country Manager of Jovago Tanzania, Mr Andrea Guzzoni, Tanzania has a lot of potential that people could learn from and enjoy the beauties of the country. “We do appreciate foreign visitors into the country but local residents should take personal initiatives to promote their own tourism sector so as to boost the economy of the country,” noted Mr Guzzoni. On his part, The Director of Tourism and Marketing at TANAPA, Mr Ibrahimu Mussa, lauded the effort taken by Jovago in promoting the tourism industry in the country.

“Technological use of such nature in our country should be encouraged, taking into consideration the gradual use of smart phones,” said Mr Mussa. He said sharing videos and photos is an easy way of creating awareness, therefore most people in the process will be motivated to visit the sites.

He added that in the next financial year, the ministry intends to extend further their service by posting adverts of the country’s sites through the social media and currently the attractions possess social media pages such as face book and instagram. “Statistics shows our annual site visitations include approximately 950 tourists whereas domestic tourists comprise of 300-450 people,” added Mr Mussa.

He called upon Tanzanians to overcome the misconception that only rich people are the ones who can afford to visit the country’s attraction sites. “Anybody can visit our attractions regardless of being well off or not, because the entry fee is affordable, people can simply organise themselves as a group to cater for transport issues,” he said.