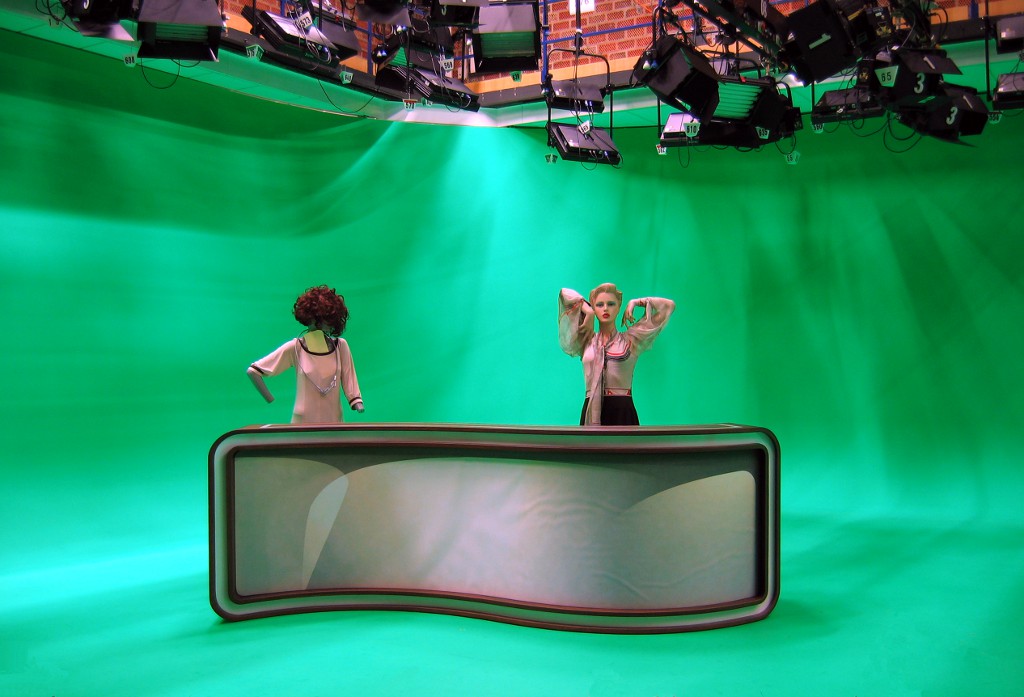 As global consciousness surrounding environmental sustainability and the conservation of the earth’s resources increases, the concept of ‘going green’ is being applied more and more in almost every sector of the economy – including the film industry.

South Africa is taking considerable strides towards sustainability and was ranked 34th out of 60 countries featured in the Global Green Economy Index in 2014.
The local production sector however, is still a fledgling contender in green practices when compared to its international counterparts.

A common perception is that green filmmaking is complicated, expensive and time consuming – an immediate deterrent for an industry which is by nature fast-paced and budget constricted. But producers who are successfully applying green methods claim the opposite is true – ‘going green’ not only serves the environment but can save on production budgets and increase overall efficiency on set. The secret lies in careful planning, teamwork and an adjustment in thinking.

Emellie O’Brien, the founder and president of Earth Angel Sustainable Production Services in the US, has eco managed a number of green produced Hollywood films including The Amazing Spider-Man 2, which was named the most eco-friendly blockbuster in Sony Pictures history. “I think green filmmaking is still viewed as a luxury or a nuisance, which is ironic because in fact being green really comes down to being more resourceful,” she explains. “It’s all about how we can do more with less, and I think that filmmakers often associate green practices with impeding their creativity. Unless audiences begin to demand it or we as an industry create an internal demand for it, it will unfortunately take a while before green filmmaking becomes common practice.”

Eco-producer Elle Matthews of KwaZulu Natal-based Green Shoot Films, one of a few local production companies which produces green, echoes this sentiment and admits that converting to an environmentally-friendly business requires an initial investment of time and money. She explains: “I saw it as an investment in the future of our company… and the planet. And one which over time works out to be more cost efficient.”

In the UK, productions funded by the British Film Institute are required to complete a carbon calculator. Holland has elected sustainability manager Els Rientjes, facilitated by the Netherlands Film Fund, and is the birthplace of the Green Film Making Project, a Strawberry Earth initiative which encourages and educates filmmakers on sustainable film production. Although green production is currently optional, Rientjes believes it will soon become standard practise for the next generation of filmmakers.

“Companies adamant about sticking to their old methods will be out of business in 10 years while producers who believe in creating a circular economy will benefit from their way of working,” says Rientjes. “Government and subsidies will in the near future expect transparency from companies and will want to see them adopting a sustainable working process. If not, their subsidies will be refused or significantly reduced.”

O’Brien too would like to see green workflows become a production pre-requisite and comments: “I would like to see mandatory carbon tracking in place for all productions. I would like for the eco-supervisor role to become as commonplace on a film set as the camera operator. And I would like to see the city/state film commissioner offices incentivise shows that strive to reduce their environmental impact and protect their local communities.”

Matthews finds that appointing an eco-supervisor is one of the most effective ways to ensure green practices are carried out during major productions.
“A green steward helps cast and crew implement sustainability practices by sourcing eco-friendly vendors and products, disseminating information and resources, and working with department heads to green their divisions. Eventually, small, simple changes make a big difference, like using eco-friendly cleaning products on set, banning smoking during shoots and choosing to film in environments that benefit crew, cast and clients.”

Rientjes maintains that there are greener options available for every production department, but that the easiest wins are in transport, recycling (costumes, decor) and camera/lighting choices. She adds that aside from the environmental and cost saving benefits, green producing “appeals to the interests of big budget studios whose social corporate responsibility platforms are becoming just as important to consumers, as the big budgeted spectacles they produce.”

While working on Paramount’s NOAH O’Brien collaborated with non-profit Rock and Wrap it Up! which collected 5 919kg of leftover food over the course of shooting. These donations went on to provide an estimated 10 038 meals to local shelters, which as a result saved 4 439kg of CO2 from entering the atmosphere by keeping that food out of landfills. This is just an example of how planning and adjusting to new methodologies can have huge environmental and ethical impact.

O’Brien concludes: “Hearing the long-term effects of running a sustainable show is incredibly rewarding – whether it’s a crew member who now composts at home, or a local charity which has made a difference in the lives of disadvantaged folks as a result of our show’s donations. Sustainable filmmaking has a much larger impact than the recycling bins at craft service. As soon as our industry wakes up to that fact, we can really create some incredible change.”