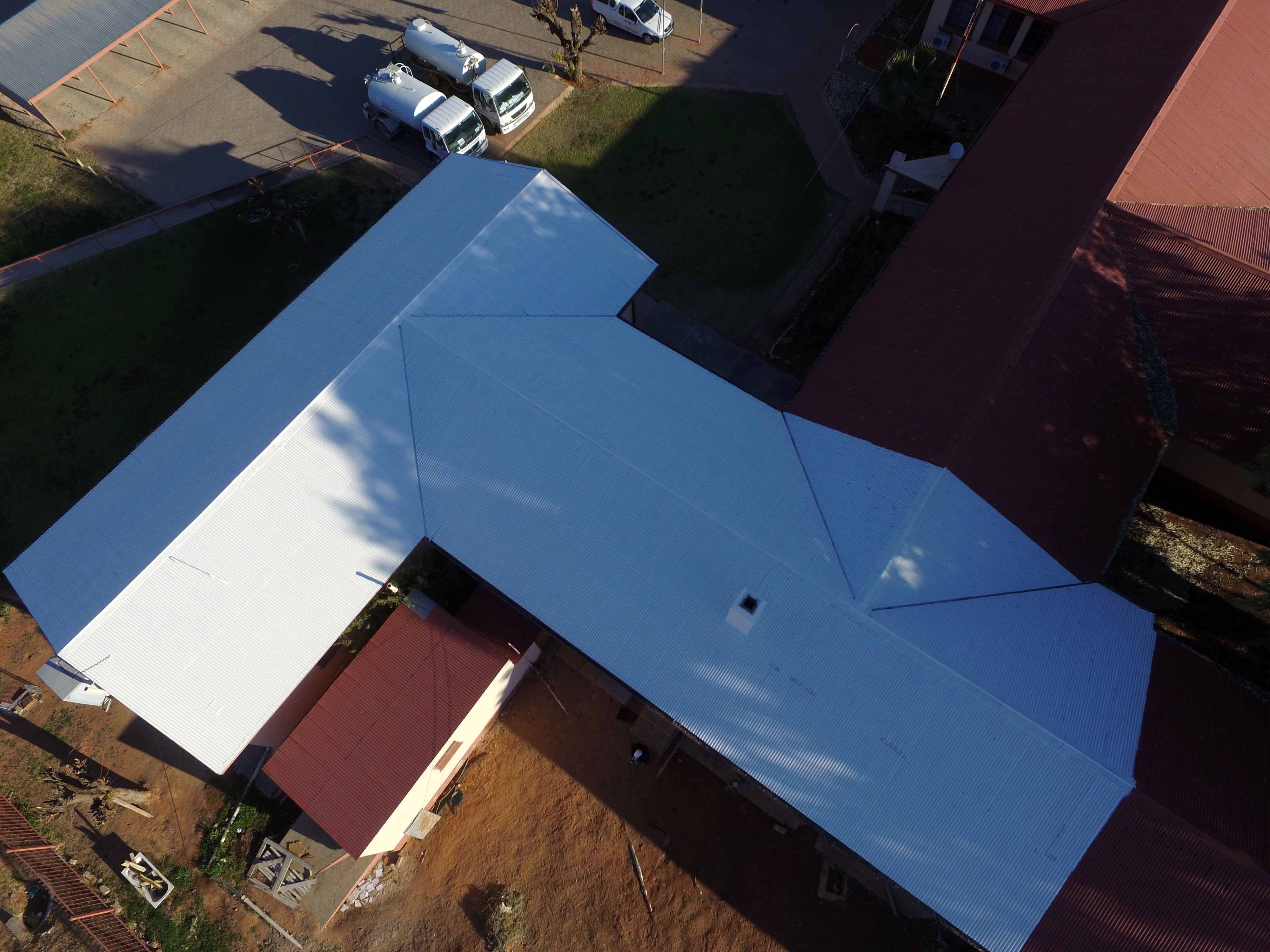 Having been awarded a $100 000 grant by the international Million Cool Roofs Challenge last year to deploy solar-reflective roof coatings, the South African National Energy Development Institute (SANEDI) is now underway rolling out this low-tech cooling solution to communities across the country. This initiative is driven by the Kigali Cooling Efficiency Program (K-CEP) with the aim of rapidly scaling up the deployment of highly solar-reflective ‘cool’ roofs in developing countries, suffering heat stress and lacking widespread access to cooling services.

“We were thrilled when we received the grant last year and couldn’t wait to get underway with rolling out this initiative. Starting in August, the grant came just in time for the scorching South African summer, which is felt most in the Limpopo province reaching an average of 35°C,” said Denise Lundall, Project Officer, Energy Efficiency Cool Surfaces at SANEDI. “We have found that we can reduce indoor daytime temperatures in low-cost housing by almost 10°C by applying the reflective coating.” This can make a substantial difference to the daily lives of many South Africans.

Deployment has been smooth thus far, with sights set on the next large Million Cool Roofs Challenge grant to be awarded in 2021. The next grant, a brilliant sum of $1 million, will be awarded to the country-team that has demonstrated the best sustainable and transferable model for rapid deployment of cool roofs and best meets the judging criteria.

“With nine others competing for this grant, we have our challenge set out for us,” says Lundall. Teams from Bangladesh, Senegal, Philippines, Niger, Rwanda, Côte d’Ivoire, Kenya, Indonesia and Mexico are hard at work rolling out thousands of square meters of cool roofing, while meeting certain standards and criteria. “Developing countries are a clear target for the Cool Roofs initiative, as it is not just about lowering ambient air temperatures but also supporting socio-economic development in those affected communities.”

For South Africa, the project has been undertaken with local municipal authorities, to coat no less than 25 000 m2 of roof area. SANEDI provides energy efficiency awareness training to the communities for their buy-in. In each community, a group of unemployed local residents is selected, professionally trained and certified, and then employed by the project to apply the specialised coating. “Through awarding these grants, part of K-CEP’s aim is to demonstrate the benefits of cool roofs and stimulate demand so that a market can be developed and eventually self-sustained in these developing countries,” notes Lundall. This makes South Africa an ideal candidate, as the country faces the highest unemployment rate out of the ten countries aiming for the larger 2021 grant.

“While the reflective coatings can make life more comfortable for people living in rural areas where there is no access to cooling technology, cool roofing also brings benefits to urban areas. Substantial energy savings can be achieved in buildings which make use of mechanical cooling technology (air conditioners), as the intervention reduces base and peak demand for cooling energy.”

Added to that, the environmental benefits are clear. “The whitening of 100 m2 of grey roofing cancels the warming effect of 10 tons of CO2 emissions. Globally, this cancels 500 medium sized coal power stations’ worth of greenhouse gas emissions,” concludes Lundall.