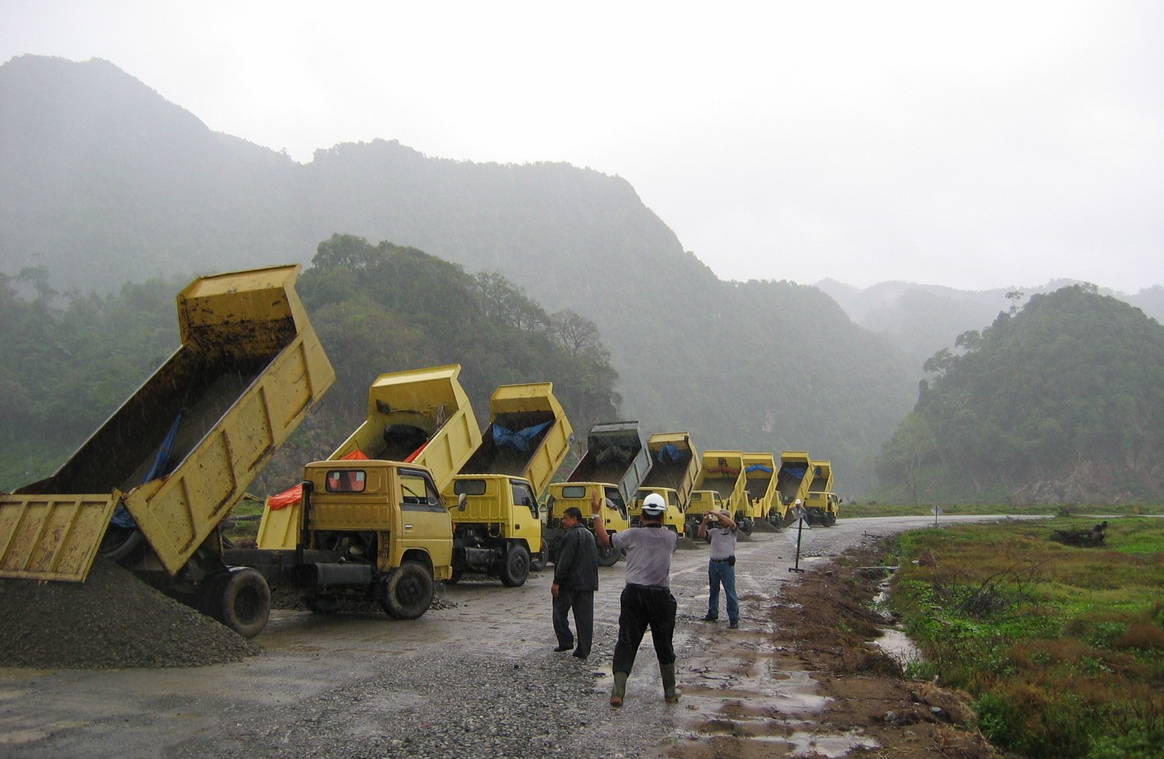 Road infrastructure is a key pillar in unlocking Africa’s economic potential. It is a long-term investment that has a big socio-economic impact in the development matrix of any country.

“Importantly, road infrastructure sustains economic development not only in Zimbabwe but in Africa and the world over,” said Zimbabwe’s minister of Transport and Infrastructural Development, Obert Mpofu during the African Road Maintenance Funds Association (ARMFA) annual general meeting in Victoria Falls recently.

The Ministry of Transport and Infrastructural Development’s Permanent Secretary, Munesu Munodawafa, added, “The provision of good and modern road infrastructure is a condition for economic growth and technological renewal.”

Sharing same views, Elly Twineyo, an economist and author of “Why Africa Fails” adds, “The continent of Africa fails because of poor road infrastructure. Once you have built road infrastructure, our traders, our business people and tourists can get better roads.”

The New Partnership for Africa’s Development (NEPAD) agrees that improving road systems in Africa will significantly boost the transportation of goods, facilitate transactions, boost tourism and positively impact ordinary lives in diverse ways such as ensuring that people get to the hospital quickly during emergencies.

Sadly, with vast natural resources in most, if not all, African countries, the continent is poor when it comes to road infrastructure. The African Union (AU) and the Southern African Development Community (SADC) chair, President Robert Mugabe always testifies that Africa is one of the richest continents in terms of natural resources, but is probably ranked as lowest when it comes to infrastructure development.

The Democratic Republic of Congo (DRC), for instance, is one of the world’s richest countries in terms of natural resources (cobalt, copper, niobium, tantalum, industrial and gem diamonds, gold, silver, zinc, manganese, tin, uranium, coal) as well as timber, but the second biggest country in Africa has no roads connecting one end of the country to the other. The only way to travel between two distant points is by air of which many Congolese cannot afford air travel.

This road infrastructure deficit in DRC as well as other African states is a momentous barrier to sustainable social and economic transformation. Transport costs are higher in African countries as compared to other continents due to this deficit.

“Transport costs alone are 63 per cent higher in Africa than in developed countries. This is hampering the continent’s competitiveness in local as well as international markets,” agrees the African Development Bank (AfDB), adding that transport costs represent between 30 per cent and 50 per cent of total exports value in Africa.

These costs, according to the AfDB, which last year approved projects amounting to US$615.2 million in Zambia and Zimbabwe, with infrastructure, transport, energy, information and communication technology, water and sanitation receiving 62.6 per cent of the share, are even higher in 16 landlocked countries such as Zimbabwe, South Sudan, Mali, and Niger, and constitute up to three quarters of their total exports value.

Isaac Shinyekwa, acting head of the Department of Trade and Regional Integration at the Economic Policy Research Centre, mourns inadequate investment in road infrastructure saying it is impacting negatively on intra-African trade, which is currently just 11 per cent of total trade.

“When you look at countries that have developed, road infrastructure is crucial. We need the roads to move our goods as well as to cut down the cost of doing business,” he said.

Shinyekwa, therefore, urged African countries to invest in road infrastructure if the continent is to reduce the cost of doing business and transform socio-economically.

It is, however, estimated that countries within and across Africa need to invest nearly US$90 billion per year over the next decade to bridge the road infrastructure deficit, but for the effective provision of good and modern road infrastructure, there is need for accountability in the administration of funds, in the words of Munodawafa.

He goes on to say: “Transport policy objectives and related performance indicators should be simplified and limited to a set of measurables commonly used and understood key transport indicators that are known to contribute to intended outcomes. To underpin reforms, strategies are also required to safeguard operational autonomy along with corporate governance within the sector institutions, such as road funds.”

Without good roads, Africa’s agenda of an accelerated industrialisation via valuable and realistic interventions such as promoting and enabling the continent to use its diverse natural resources to achieve socio-economic development will remain a pipe dream.