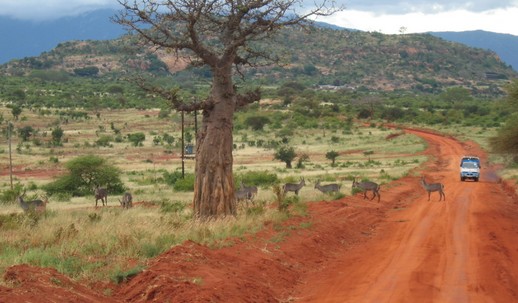 September is Tourism Month in South Africa, and this year’s celebrations were kickstarted with an official launch on August 16 by Tourism Minister Derek Hanekom, at Euphoria Golf Resort in the Waterberg region of Limpopo province.

“During Tourism Month, we focus our efforts on domestic tourism in particular, using the period as an opportunity to encourage all South Africans to get out and explore this unique, beautiful and diverse country,” said Hanekom.

As part of his address at the Tourism Month launch, Hanekom pointed to a new domestic tourism marketing campaign – A Million New Experiences are a Sho’t Left Away – which will be the theme for this year’s Tourism Month as well.

The new domestic campaign, informed by consumer insights research conducted by South African Tourism, encourages South Africans to take a leisure break away from home and start travelling their own country. The campaign premise is about the joy of discovering new experiences for the first time, thus highlighting that South Africa has myriad tourist experiences to be discovered, whether one is a new or a seasoned traveller.

Tourism Month celebrations rotate among the provinces each year, with a different province given an opportunity to host the celebrations. During this month all provinces are encouraged to showcase their leisure experiences on offer so as to inspire domestic travellers. Tourism Month coincides with Heritage Month in South Africa, fitting for this year’s choice of Limpopo as the host province.

Limpopo is a culturally rich and diverse province that boasts attractions such as the Modjadji cycad forest, the Mapungubwe Heritage Site and the Ribolla Cultural Route, to mention but a few.

“Limpopo is a wonderful region of the country to explore. Its warm, friendly culture makes one feel truly at home. It is a must-visit destination for any South African who wants to learn more about South Africa’s cultural heritage,” added Hanekom.

He explained that domestic tourism is critical to the long-term growth and sustainability of South Africa’s tourism industry.

In 2014, tourism contributed some 9.4% to the nation’s gross domestic product and accounted for close to 10% of all employed people in South Africa. Last year, 35% of all adult South Africans took a trip domestically. Domestic trips increased by 11% to reach 28-million last year. The revenue generated by domestic tourism alone in the same year was R26.8-billion in 2014, an increase of 11% on the previous year.

“We have ring-fenced significant budget to invest in growing this specific sector and to enhance our marketing efforts. It is important to us that all South Africans become ambassadors of their own country, and the first step to achieving this is to travel, discover, learn, and fall in love with South Africa’s beauty and tourism offerings. Making domestic travel affordable and accessible will encourage South Africans to explore and experience their own country,” concluded Hanekom.