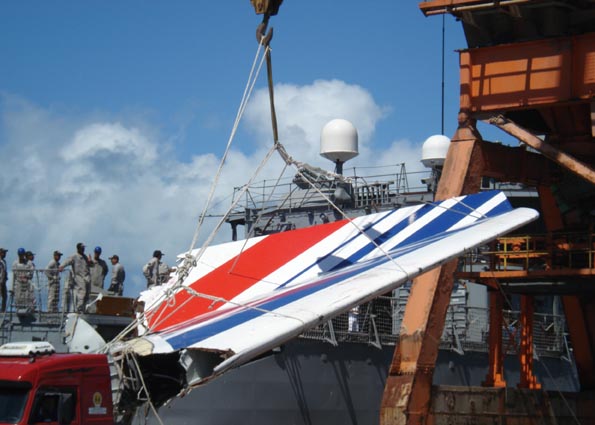 Saint-Andr – Aviation investigators headed to the French Indian Ocean island of Le Reunion on Thursday to determine whether a piece of plane wreckage that washed up on its shores is part of missing Malaysia Airlines flight MH370.

The 2m long piece of wreckage, which appeared to be part of a wing, was found on Wednesday by people cleaning up a beach.

The discovery fuelled hopes in Malaysia and across the globe that one of aviation history’s greatest mysteries could move closer to being solved, but authorities and Malaysia Airlines warned against jumping to conclusions.

French, Malaysian, and Australian authorities have all begun looking into the object’s origin, with Malaysia saying it was sending a team of experts to the island on Thursday.

“Whatever wreckage is found needs to be further verified before we can further confirm whether it belongs to MH370,” Transport Minister Liow Tiong Lai told reporters in New York, saying he hoped for answers “as soon as possible”.

The country’s deputy transport minister, Abdul Aziz Kaprawi, said the team included experts from Malaysia’s department of civil aviation and Malaysia Airlines, who would be joined by representatives from Boeing, maker of the 777-200 aircraft.

“We expect in two days we can complete the verification,” Abdul Aziz said.

The plane vanished at night over the South China Sea after mysteriously diverting from its north-bound route from Kuala Lumpur to Beijing with 239 people on board.

Authorities involved in an Australian-led search believe it diverted for some unknown reason to the southern Indian Ocean, where it went down.

But no physical evidence has ever been found and Malaysian authorities in January declared that all on board were presumed dead.

One witness in La Reunion said the object was “covered in shells”, indicating it had been in the water for a long period of time.

However, excitement over the discovery was tempered by the fact that planes have gone down in the region before, including a South African Airways Boeing 747 that crashed near the island of Mauritius in 1987, killing all 159 people on board.

Malaysia Airlines issued a statement saying: “At the moment, it would be too premature for the airline to speculate [on] the origin of the flaperon.”

An Australian-led operation has scoured more than 50 000km2 of the seafloor, about 60% of a search zone in the Indian Ocean determined via expert analysis of signals from MH370 that were detected by a satellite.

But search vessels towing 10km cables fitted with sophisticated sonar systems have turned up no sign of MH370.

La Reunion lies about 4 000km from the area considered the most likely impact zone, but oceanographers and other experts involved in online discussion over the find said oceanic currents could have carried it there.

Angry next of kin have accused Malaysia’s government of incompetence, secrecy, and insensitivity toward relatives, and many question the focus on the southern Indian Ocean.

Relatives said they were trying to keep their emotions in check until verification is complete.

“We have mixed feelings. If this is true, at least I know I can have peace and give my husband a proper send-off. But part of us still hopes they are out there alive somewhere,” said Jacquita Gonzales.

Her husband Patrick Gomes was the flight’s cabin crew supervisor.

Sara Weeks, sister of MH370 passenger Paul Weeks of New Zealand, said she was happy the debris was in French hands.

“They’ve [Malaysia] just been incompetent, so at least it’s in the hands of someone else and we may get some answers a little bit quicker,” she told Fairfax New Zealand.

Speculation on the cause of the plane’s disappearance has focused primarily on a possible mechanical or structural failure, a hijacking or terror plot, or rogue pilot action.

However, nothing has emerged to substantiate any scenario, sustaining a flow of conspiracy theories, with books, documentaries and a thriving online debate positing a range of possibilities.

These include suggestions that the plane was diverted to Kazakhstan, or commandeered to be used as a “flying bomb” headed for US military installations on the Diego Garcia atoll, and was shot down by the Americans. The United States has dismissed this.