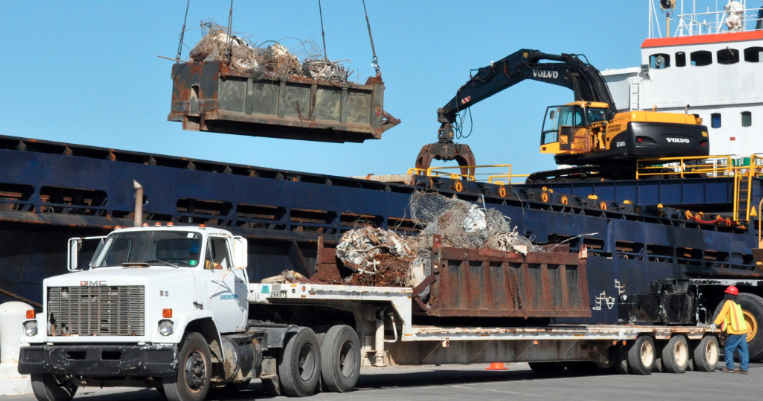 As any shipowner knows, when a vessel’s revenue earning capacity drops too far there is only one realistic option, which is to sell the vessel for recycling.

Ships are acquired by shipbreakers for their intended resale value, in the form of their machinery, fittings and ferrous and non-ferrous content; however scrapping a ship is highly energy and labour intensive and is only undertaken on a large scale in four countries: namely India, Pakistan, Bangladesh and China.

The impetus for an enforceable international standard

The current principal international regime covering the exporting of waste is the Basel Convention1. This convention provides the framework for the transboundary movement of hazardous wastes and their disposal and all EU member states have ratified it through the EU Waste Shipments Regulation2 (the WSR).

The applicability of the Basel Convention/WSR to the export of end of life ships is, however, a matter that has been of debate.

In response to these concerns the IMO charged the Marine Environment Pollution Committee to develop a more workable legislative framework, leading in May 2009 to the holding of a diplomatic conference in Hong Kong at which 63 States, including the key recycling states, flag states, and as observers the European Commission and important NGOs all participated.

This conference led to the signature of the Hong Kong Convention, which aims for the complete and exclusive ‘marinisation’ of the inspection, survey, permission and policing of the process of the recycling of ships and their disposal: a process which is currently the responsibility of environmental agencies founded on land-based export criteria4.

It will do away with the concept of ‘export and import’ and instead impose responsibility for the surveying and certification of the vessel on the vessel’s flag state obliging it to certify that the ship recycling plan has been duly authorised by the relevant agency in the recycling state5, imposing on such states the responsibility for the licensing of the relevant recycling facilities.

Under the Convention the hazardous materials on a vessel will need to be identified throughout its working life and not just at the time it is scrapped. It also prohibits the installation or use of Hazardous Materials6 on both new and existing ships.

The process of implementation and ratification

The Convention will not take effect until it has received the support of a sufficient number of both high volume, ship operating and ship recycling states.

Following the signature of the Hong Kong convention, the European Commission produced the EU Ship Recycling Regulation7 (the SRR).

The SRR purports to bring into EU law the following principles for ships flying the flag of EU Member States:

A “European list of ship recycling facilities” that are acceptable will be prepared and all EU flagged ships will have to be recycled in facilities that are on this list.

The SRR has already entered into force but will not be applicable until the earlier of 31 December 2018 and the date which is 6 months after the EU Commission has approved a sufficient number of Ship Recycling Facilities. In April 2016 the European Commission issued ‘Technical Guidance’ for facilities seeking approval.

The effect of the SRR

While the SRR is directed to those ships flying the flag of EU member states, Article 12 will, when it comes into force, require any ship that is present in European waters to have in place a current and compliant IHM.

Where to go from here

There are standard contract forms, in particular the BIMCO ‘Recyclecon’ form, which can accommodate the concerns of the owner in relation to ship recycling. However, ship recycling is for many, an unfamiliar area and the guidance of an experienced professional adviser is recommended.