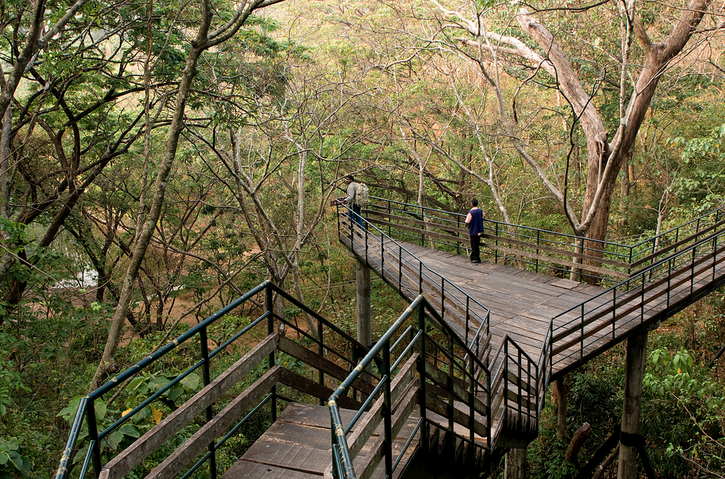 We know that protected areas like national parks and wildlife reserves are beneficial for protecting biodiversity and combatting climate change. But often it’s difficult to translate these benefits into monetary value. Protected areas also benefit the many people who visit them, and in turn those people spend money on things like entrance fees, tours, and accommodation. Calculating this economic value may be key to keeping these areas protected or establishing new ones, and to help compare the long-term value of protected areas to extractive industries like logging, mining or drilling for oil.

A new study published in the open access journal PLOS Biology attempted to calculate the global value of protected areas in terms of ecotourism, as well as the total number of visits per year protected areas receive.

The study estimates that protected nature areas around the world receive 8 billion visits per year. Yes—that’s a staggering number, with more than one visit per person on earth. Yet the model is likely to be quite conservative, since it excludes protected areas smaller than 10 hectares, marine protected areas, Antarctic areas, and areas where tourism is discouraged.

The researchers then calculated how much these 8 billion visits are worth, and estimated that direct spending comes to $600 billion US per year.

“Our US $600 billion figure for the annual value of protected area tourism is likely to be an underestimate—yet it dwarfs the less than US $10 billion spent annually on safeguarding and managing these areas,” said Dr. Robin Naidoo of World Wildlife Fund, one of the study’s authors, in a press statement.

The study also suggests that a lot more could be invested in protecting wildlife areas, and with our current rapid rate of extinction, that investment is more than necessary. “Through previous research, we know that the existing reserve network probably needs three to four times what is current being spent on it,” Naidoo said.