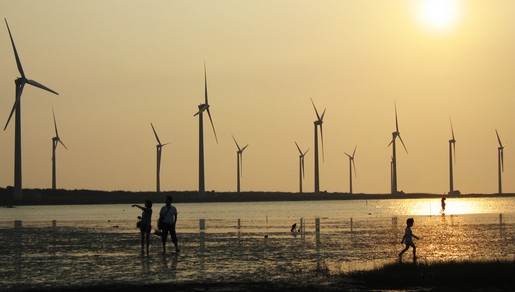 Some of the most important names in renewable energy and environmentalism are turning to the business community and electric utilities to help stave off climate change and transition to a clean energy future.

Among the corporate partners are some of the biggest names in business, including include General Motors, Volvo, Hewlett-Packard, Cisco, Target, Walmart, Hilton, and Kaiser Permanente. Their first utility collaborators are the Berkshire Hathaway Energy (BHE) companies, owned by Warren Buffett, including MidAmerican Energy, PacifiCorp, and NV Energy.

“There is a synergy between interests from the for-profit and non-profit worlds when both are pursuing the common goals of increased renewables and decreased greenhouse gas emissions,” explained BHE Legislative and Regulatory Affairs Vice President Jonathan Weisgall.

How the collaboration began

The opportunity, Touati said, would come from meeting the corporate buyers’ renewable energy demand by matching them with independent power producers who wanted sell the output of their wind and solar projects, and with utilities looking to hold on to the corporate clients that are their biggest power customers.

That was the origin of the RMI-driven Business Renewables Center (BRC).

“For action, it is necessary to have the desire, the opportunity, and the means,” Touati explained. Already, two-thirds of Fortune 100 companies and 43% ofFortune 500 companies have sustainability goals, and the remaining big companies are under increasing pressure from shareholders and customers to adopt their own, Touati said, so the desire is there.

The 400 U.S. renewables project developers with high quality solar and wind projects in their pipelines create ample opportunity, he went on. To facilitate that, the BRC simply has to qualify the projects, catalog them, and make the information available to corporate buyers.

“The question is the means,” Touati said. “We are talking about tools. Buyers need to know how to do a deal.”

A September 2013 meeting generated two requests from the 30 buyers, sellers, and renewables brokers in attendance. One was an online platform to streamline transactions.

Renewables contracts, project assessment, risk evaluation, and pitching the project in-house are complicated, Touati explained. The BRC used the experience of members who have completed transactions, including deal brokers Altenex, Renewable Choice Energy, and Customer First Renewables, and codified that knowledge to create a platform for buyers.

The BRC, which includes the deregulated renewables subsidiaries of NRG, EDF, EON, and NextEra, is aimed at streamlining and accelerating transactions in unregulated markets between corporate buyers and IPPs. Its fee-paying members built 1.2 GW of renewables in 2014 and 1.4 GW through July, 2015. Its goal, Touati said, is to add 60 GW of renewables in the U.S. by 2030.

The other marketplace need targeted in the original meeting was a clear definition of what buyers are looking for. They wanted a guide for IPPs in project development and a guide utilities and utility regulators could use in designing program rates and rules, according to WRI Electricity InitiativeDirector Letha Tawney.

Under the CRP umbrella, a group of 34 corporates that represent some 20 million MWh of annual demand formed around the Buyers Principles, Tawney explained. Led by WRI and WWF, the Buyers Principles group is aimed at engaging the investor-owned utilities (IOUs) in their regulated markets.

“The sixth principle is specifically focused on utilities,” Tawney noted. “It is a declaration that these buyers prefer to act in collaboration with their utilities.”

The Buyers Principles “are like an RFP,” Tawney went on. “They say, ‘We want to be able to buy cost-effective renewable energy with low transaction costs, and we want to work with our utilities to do it.’”

To nurture the collaboration, the group holds Utility Leadership Forums in which utilities’ representatives and buyers’ representatives spend half a day exploring the Principles as a basis for how a particular utility can provide a renewables product that matches the buyers’ needs.

“We are where the green tariff programs come from,” Tawney said. The programs are designed specifically for regulated markets where corporate buyers may want to locate, but can’t contract directly with IPPs.

“Green tariffs offer bundled energy and renewable energy credits (RECs) that together have some of the benefits of a long-term fixed-price power purchase agreement (PPA) but maintain the customer’s relationship with its utility,” Tawney explained.

The number and scope of the Buyers Principles group gets the attention of utilities, Touati said.

“The conversation between an NGO without that leverage is short, but if the NGO comes with representatives of Fortune 500 companies, the discussion gets the attention not just of the utility, but of the PUC, and of the governor,” he said.

The Buyers Principles group has had four Utility Leadership Forums as well as conversations with other utilities. From those engagements, five green tariffs are emerging, involving Dominion Power in Virginia, Duke Energy in North Carolina, NV Energy in Nevada, Rocky Mountain Power in Utah, and Puget Sound Energy in Washington.

The interest of the BHE utilities is “to work with our customers and our regulators to explore direct renewable energy procurement options for these large energy customers in order to increase the use of renewable generation in regulated markets,” Weisgall explained.

Each green tariff program is specific to the utility’s market, buyers, and the territory’s resources. Perhaps the one common feature is they allow a utility to market a renewables product to multiple corporate customers.

“The key question will be how to better aggregate smaller loads so there can be more participation in this marketplace, and the important thing to realize is that utilities are by definition load aggregators,” explained WWF U.S. Climate and Renewable Energy Policy Director Marty Spitzer. “The goal is for utilities to see the smaller corporate loads and aggregate them and deliver renewables to them so they can also meet sustainability goals.”

Some of the green tariffs, and in particular the one recently proposed by Puget Sound Energy, are very similar to community solar offerings in that the utility develops a project or signs a PPA and subscribes customers to it, Tawney said. “There may or may not be a premium.”

The NV Energy–Apple deal is another way corporates and utilities have forged a deal, Tawney said.

“Apple brought the project to the utility,” she said. “NV Energy agreed to facilitate a pass-through from the developer to Apple. A contract rider makes it legal in the regulated state but it looks a lot like a traditional PPA.”

It is early for this emerging opportunity, and new models to make the arrangement work are still being created.

“Now is the moment,” Tawney said. “Those who get on board will be first movers.”

“Creating customer choice within the construct of a regulated market is new,” Tawney said. “Nobody has ever done it before.”

Spitzer and WWF have been interacting with the Edison Electric Institute and that National Association of Regulatory Utility Commissioners, trying to get the concept across at a high level.

Tawney and WRI have been working with BHE and other regulated utilities “to get some ideas out there and prove they serve the customers.” Even the one-to-one deals MidAmerican Energy has made in Iowa with corporations “have been groundbreaking,” she said.

While the BRC measures its goal in gigawatts by 2030, the work in regulated markets will be slower.

“It is white space,” Tawney said. “We are inventing. We would be very pleased if we helped the 34 companies in the Buyers Principles group meet their 20 million MWh demand by 2020 with renewables.”

And, she added, that MWh number is going to keep going up as more companies join. “We know it is just the tip of the iceberg because less than half of the Fortune 500 companies have sustainability goals,” Tawney said.

Because the second principle specifies “cost competitive options,” Tawney believes, increasing access to renewables through the BRC and the Buyers Principles group will drive prices down and expand opportunity for corporations, developers, brokers, the supply chain, and all the stakeholders.

What remains, she said, is “the hard work in the trenches, in the regulatory proceedings, and the deal-making, to prove the ideas in the marketplace.”

Tawney anticipates resistance because it challenges the assumption by both utilities and regulators that they have put in place the least cost, most reliable power system. “But that is not good enough. We also want it to be clean. And we want it to be clean faster than state mandates or regulatory proceedings can make that happen.”

This is a huge opportunity for utilities, Spitzer said, but it is a slower road because the system that is in place doesn’t reward innovation and that is exactly what utilities need.

After a corporate executive at a recent meeting described the kind of renewables deal his conservative, Fortune-level company was looking for, Spitzer recalled, a utility executive replied “we hear what you need, but we can’t move that fast.” To which, according to Spitzer, the buyer said, “but I have to move fast. I have goals to meet.”

At this stage, those interactions are kind of the point, he said.

“Both were sincere,” Spitzer said. “They were learning from each other.”