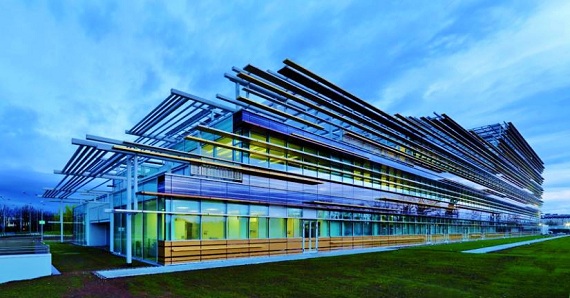 “We know time is not on our side. Climate scientists have told us this is the decade to take decisive action. Small steps won’t get us where we need to go. Now is the time for bold leadership focused on purpose and on collaborative communities and cities, and it’s time for innovative and disruptive technology. We have to unite with one common purpose – to build a better world now, so we have chosen this as the theme for the 2016 convention,” says Wilkinson.

John Elkington is a writer of over 30 ground-breaking books, including The Zeronauts: Breaking the Sustainability Barrier. Known as an ‘advisor from the future’, Elkington works with large corporations, the finance and investment community, industry bodies, media, academia, government, innovators and entrepreneurs across the globe. He has been described as a true green business guru and a dean of the corporate responsibility movement.

Dr Ian McCallum is a medical doctor, analytical psychologist, psychiatrist and former Springbok. McCallum is a specialist wilderness guide, an author and poet as well as a director of the Wilderness Foundation. His award-winning book, Ecological Intelligence, Rediscovering Ourselves in Nature, addresses the interconnectedness of all living things and ultimately, the survival of the human animal.

Paul Clements-Hunt is former head of the United Nations Environment Programme Finance Initiative and a founding board member of the United Nations-backed Principles for Responsible Investment, an initiative supported by more than 1 000 of the world’s largest institutional investors. Clements-Hunt has worked across business, investment, international affairs and the media to promote sustainable finance and responsible investment.

Jeff Speck is an urban designer and author who advocates internationally for smart growth and sustainable design, Speck was the former director of design at the National Endowment for the Arts. As the overseer of the Mayor’s Institute on City Design, he has helped many American mayors overcome pressing city planning challenges. Speck has dedicated his career to determining the one key factor which makes cities thrive – walkability.

Mario Molina is responsible for the design, strategic goals and engagement programmes for the Climate Reality Leadership Corps in the USA and abroad. Molina joined the Climate Reality Project in 2013 and has spearheaded training for over 4,000 leaders around the world. His expertise in international climate policy and strategy drives the Leadership Corps with data-driven engagement across multiple sectors.

Evan Rice is Business Development Manager for Tesla Energy, South Africa. Over the past decade he has been active in energy across both the public and private sectors. Most recently he headed up GreenCape, an agency set up to support the accelerated development of an investment in the renewable energy and clean tech sectors in South Africa.

Terri Wills is CEO of the World Green Building Council, an organisation uniting 100 Green Building Councils. She previously headed the C40 Cities Climate Leadership Group, a network of the world’s megacities committed to addressing climate change and served as the London City Director for the Clinton Climate Initiative.

It is these inspiring green luminaries that Green Building Convention delegates can look forward to gaining insights from and interacting with.

“In their experience and ideas lie the solutions; some outrageous and some extremely simple, but all revolutionary in their power to affect positive change and build a better world now. There is no better platform than this convention to network and engage with these change agents,” says Wilkinson.

These keynote speakers, and others on the compelling programme of the country’s top green gathering, will tackle topics that South Africans have proven they care deeply about. South African green building is driven by an acknowledgement that green building is the right thing to do, rather than by regulations, according to new research published in World Green Building Trends 2016.

The report also predicts that South Africa could be a leader in the global green market in the next three years.

“It’s a clear sign that green building practices are gaining significant momentum in South Africa, along with an acknowledgment that Green Star-certified projects are not only world-class and innovative, but benefit people, the planet and profits,” says Wilkinson.

Even with these remarkable achievements, the GBCSA is unstoppable in pursuing its ambitious targets.

At the United Nations’ COP21 in Paris, in December 2015, the GBCSA announced its commitment to introduce a net zero/positive building certification scheme by 2020. It also set itself challenging green goals to grow its number of certifications and accredited professionals, expand its training reach and grow fledgling green building councils across Africa.

The annual Green Building Convention has become a powerful platform for the country’s and the continent’s green building movement.