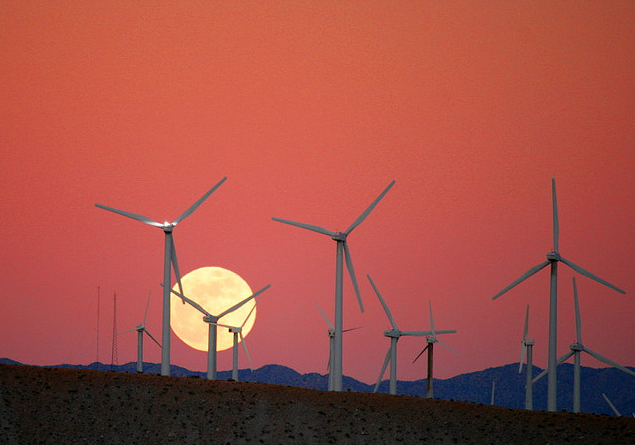 The potential to power growth sustainably is there. Policy makers must just rise to the challenge, a new UN report says

AS Africa looks to keep economic growth numbers healthy and improve the well-being of its citizens, many of its initiatives have understandably tended to follow those undertaken by industrialised countries.

The challenge increasingly has been to fund such steps, such as a focus on manufacturing and export-oriented growth, in addition to other bottlenecks such as high-carbon emissions and destruction of the environment. 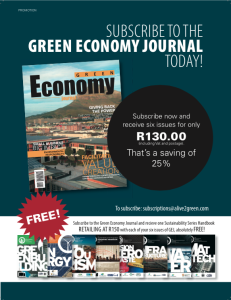 continent where nearly half of sub-Saharan Africans live in extreme poverty; three in four households have no grid power; and 70% do not have access to improved sanitation.

Currently a buzz phrase, green economies are those that achieve growth through investments that cut carbon emissions and pollution, in addition to using resources efficiently and protecting the environment for future generations.

To make its case to policymakers, the Green Economy Africa Synthesis Report offers staggering numbers obtained from its findings across 10 African countries, with the region, perhaps of necessity, identified as among the global front runners in leading the transition to green economies.

“Enormous sustainable, renewable, and untapped resources exist on this continent. Africa receives 325 days per year of sunlight and is using less than 7% of its hydroelectric potential, and less than 2% of its geothermal capacity,” UNEP executive director Achim Steiner said.

Mail and Guardian Africa picked out eight examples of other such staggering numbers from the report:

1: Under green investment scenarios, the national real GDP in fast-growing Kenya would increase by an estimated 12% by 2030. This would lead to an additional 3.1 million people being lifted out of poverty. One small solar LED lamp could for example save a Kenyan family more than $1 a week, in a country where an average 13% of income is spent on kerosene.

2: Investments in expanding solar and wind capacity in Senegal would by 2035 create up to 30,000 additional jobs. This would cut greenhouse gas emissions by 9%, or about 27 million tonnes, helping the country realise its undoubted potential.

3: South Africa, which has been battling a water crisis, could save billions of tonnes of water if it makes further investments in natural resource management, especially land restoration. This could create up to 737,000 new jobs, helping alleviate a persistent unemployment headache in Africa’s richest economy. Making energy efficient improvements could further reduce electricity demand by 5% in 2030.

4: Renewable energy investment scenarios in Burkina Faso, which is in the throes of Sahel region desertification, could save up to 100,000 hectares of forest area by 2050, reducing carbon dioxide by 16,000 tonnes. If the country invests further in green electricity generation, it could see this category rise from 20% in 2012 to 60% in 2050.

5: Struggling Egypt could save 30% of its energy consumption if it used efficiency measures. The North African country currently consumes 33 billon KW. And just replacing faulty farm pipelines and introducing drip irrigation could save up to 40% water losses, as it frets over downstream use of its lifeline Nile River.

6: In power-choked but quick-growing Rwanda, expanding its grid-connected renewable energy supply could replace its emergency diesel generators, in place since 2004. The country has an installed off-grid hydro capacity of just 1.54 MW, showing just how power deficit economically cripples countries, from Rwanda to South Africa

7: In Mauritius, a green economy scenario results in over 25% more employment that in a conventional growth scenario. Green sectors tend to be more labour intensive than resource intensive, hence creating space for new jobs in a continent where 11 million African join the labour market every year.

8: In Africa, where agriculture accounts for 32% of its GDP and supports the livelihoods of 80% of its population, investments in green practices such as organic agriculture could provide a cash boom. Uganda for example increased its certified organic exports from $3.7 million in 2004 to $22.8 million four years later. The global market for organic foods and beverages is expected to grow to $105 billion by 2015, from $62.9 billion in 2011.