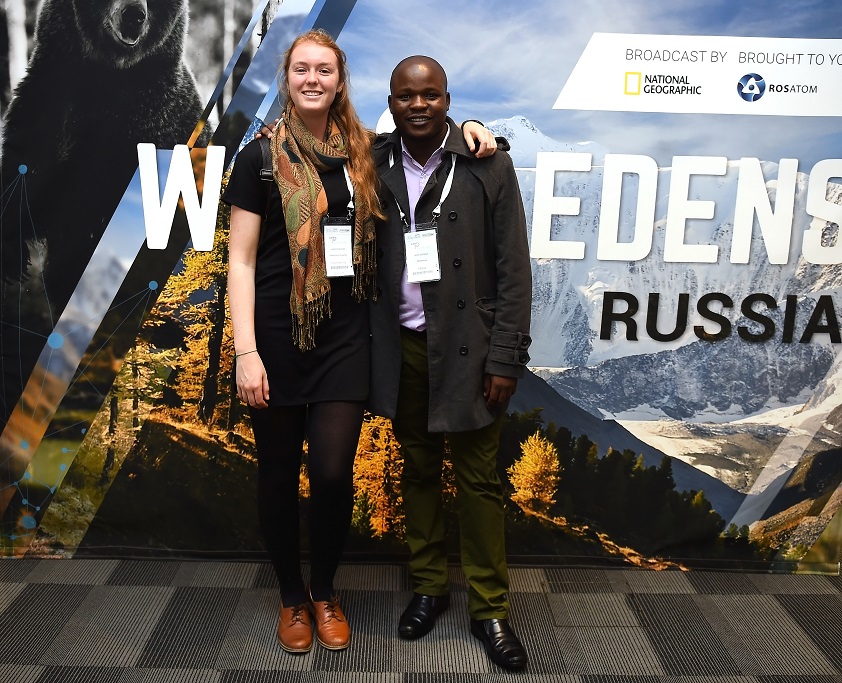 Rosatom screens the “Wild Edens: Russia” documentary at African Utility Week to highlight the detrimental effects of climate change. The Wild Edens project is brought to the audience by Rosatom and broadcast by National Geographic.

Speaking at an exclusive screening of “Wild Edens: Russia” on the side-lines of African Utility Week in Cape Town, Dmitry Shornikov, CEO of Rosatom Central and Southern Africa elucidated the crippling effects of global warming on the Earth’s fragile eco system.

“It’s no secret that global warming is here, it’s real and it’s time we did something about it. According to recent data, world sea levels have risen by over 20 centimeters since 1870 and the planet’s average surface temperature has seen an increase of over one degree Celsius since the late 19th century. At first glance these figures may seem insignificant but they are triggering massive environmental consequences, including droughts, extreme weather patterns as well as the melting of the Arctic ice sheets, among many others,” noted Shornikov.

He went on to explain that the Earth’s fragile flora and fauna are currently under severe threat, and that the planet is suffocating under the crippling pressure of carbon emissions. “If the world ideally sits by and does not act now, we may soon lose even more of our precious environment and wild habitats, and sadly the damage will be irreparable.”

Shornikov noted that it was not all bad news and that humankind already have the tools at their disposal to hinder the devastating effects of climate change and preserve the planet for generations to come.

According to the International Atomic Energy Agency, nuclear power plants produce virtually no greenhouse gas emissions or air pollutants during their operation and only very low emission levels during their entire life cycle. As a result, the use of nuclear power avoids the emission of nearly 2 billion tonnes of carbon dioxide every year – the equivalent of taking over 400 million cars off the road per year. For reference, all of the planet’s forests combined consume around 2.5 billion tonnes of CO2 annually.

“It’s no understatement to say that, together with renewables, nuclear power forms a “green square” of energy production that has the potential to save this planet. However, as many of us in this room may understand, unfortunately, the nuclear industry is still misunderstood by the general public and is shrouded by myths and plagued by skeptical misperceptions of its value for the future of our world,” explained Shornikov.

He continued by noting that it was for these very reasons that Rosatom initiated the creation of the Wild Edens project. “Rosatom seeks to challenge mainstream perceptions of nuclear and offer it for what it truly is; a clean, safe and affordable source of energy, which should stand proudly alongside wind, solar and hydro,” concluded Shornikov.