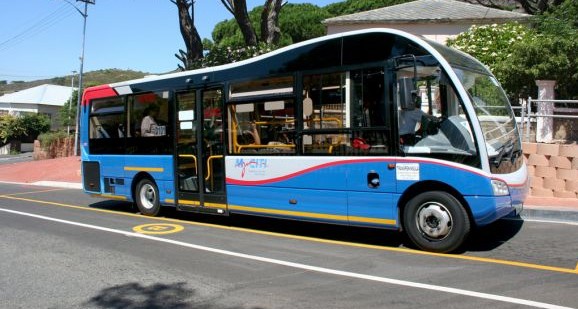 It said that with the roll-out of the new D04 route, Transport for Cape Town, the City’s transport authority, was extending the coverage of the N2 Express service in Mitchells Plain by an additional six sets of bus stops. The City’s Mayoral Committee Member: Transport for Cape Town, Brett Herron, said: “We are extremely excited about the roll-out of the additional N2 Express route to the Kapteinsklip Railway Station in Mitchells Plain next weekend.

“We have just audited the latest MyCiTi statistics which confirm that 31,328 passenger journeys were recorded on the existing D03 route between Mitchells Plain and the Civic Centre station during the month of October 2015 – an increase of 4,5% or 1,339 passenger journeys compared with September 2015. The new route will bring the MyCiTi service closer to more residents in Mitchells Plain, providing communities from the Cape Flats with safe, affordable and decent public transport.”

Herron said: “We consulted widely with the residents, local leaders and community organisations in Mitchells Plain in the run-up to the launch of the N2 Express service in 2014. At the time, we engaged with the communities and our partners in the public transport industry about the additional routes and location of the bus stops. The roll-out next weekend is a culmination of the public participation process and stands as an example of what can be achieved if we work together”

The MyCiTi buses on the D04 route will be operated by the current N2 Express vehicle operating company that was formed by Codeta in Khayelitsha, the Route 6 Taxi Association in Mitchells Plain, and the Golden Arrow Bus Service.

MyCity buses will operate along the same route as the current D03 route from Mitchells Plain East to the Civic Centre station, but with an extension along AZ Berman Drive to the Kapteinsklip Railway Station. There are six new sets of bus stops along Yellowwood Street, Kilimanjaro Street and AZ Berman Drive – named Imperial, Spine, Langeberg, Paulsberg, Snowdon and Kapteinsklip

The City said the buses will travel on the existing dedicated bus, minibus and taxi (BMT) lane on the N2 freeway and on their arrival at the Civic Centre station, passengers will be able to connect to other parts of the city where the service has been rolled out – be it Atlantis on the West Coast, the Waterfront, or Hout Bay on the Atlantic Seaboard The City added that the six new sets of bus stops would be temporary.

“The locations of the bus stops will be finalised once the route has been operational for a few months and until such time as the passenger demand and the needs of the local community have been confirmed,” Herron added. “This will enable TCT to test the locations and to make the necessary changes – if needed – before construction commences. This is similar to how the MyCiTi service was rolled out in Phase 1A – in fact, there are still temporary stops in operation in parts of Phase 1A, including Fresnaye on the Atlantic Seaboard.”

MyCity users have to buy a myconnect card to travel as cash is not accepted on the MyCity buses. “We do, however, want to make the service more accessible to the residents of Mitchells Plain,” Herron said. “The myconnect card normally costs R35, but these will be issued for free to residents who have not received a free card in the past.

“I want to request the residents from Mitchells Plain to make use of the MyCiTi service. It may take a while to get used to the cashless system, the timetables and routes, but it is safe, convenient and affordable. In fact, a MyCiTi journey from the Kapteinsklip station stop to the Civic Centre station in Cape Town will cost approximately R14,80 (one-way) during the peak-hour period and approximately R11,60 during the off-peak period on the Mover package.”