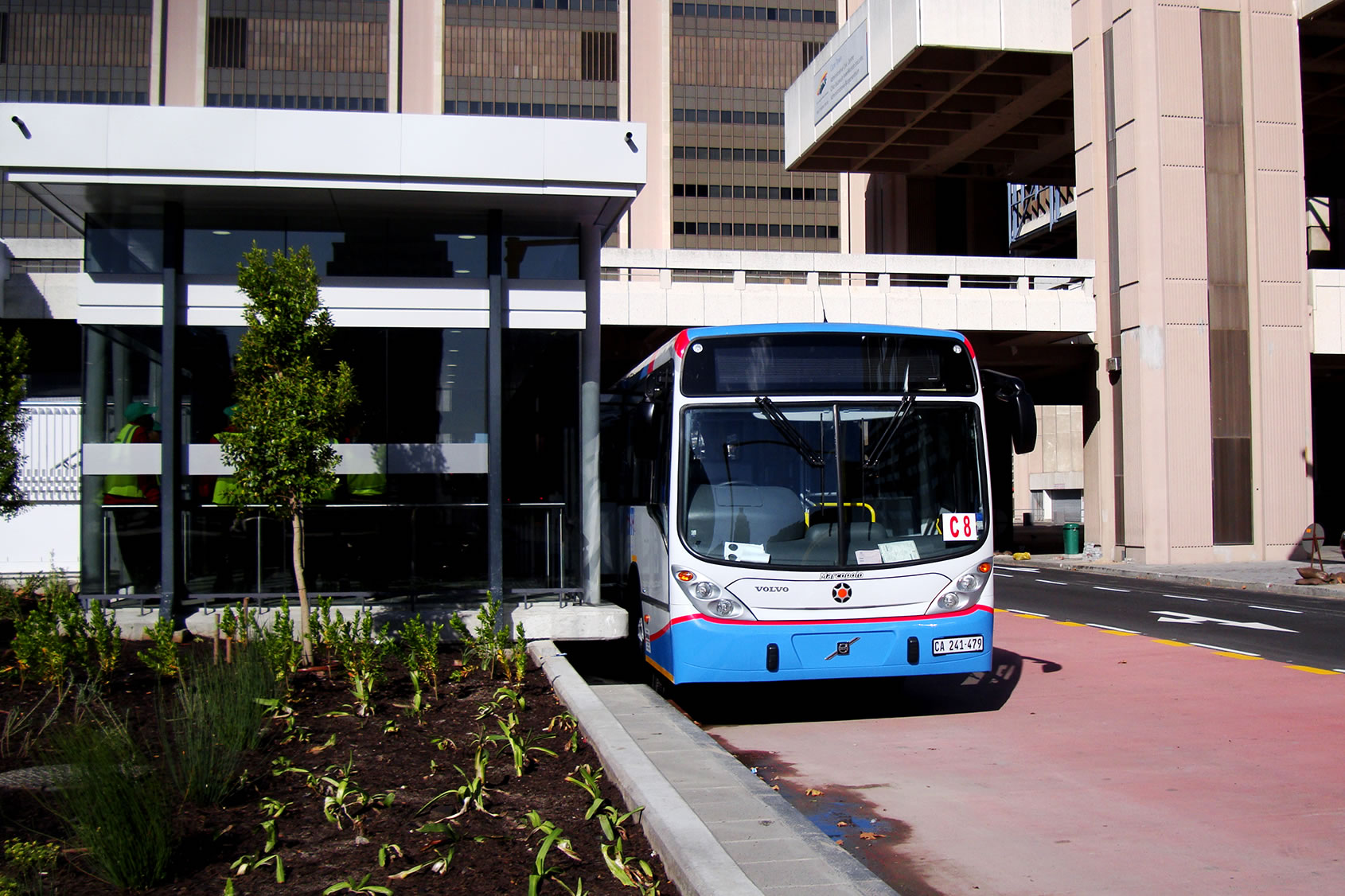 A new direct MyCiti route from Dunoon to Century City through the Omuramba station, in Cape Town, will be opened on August 1, along with six new stations. Print Send to Friend 0 0 The City of Cape Town’s bus rapid transit system’s T04 trunk route would culminate in the public transport interchange at Century City’s new R34-million Trunk station, developed by Rabie Property Group.

The new T04 Dunoon–Century City trunk route would travel along Potsdam road, from Usasaza station, servicing industrial areas along Koeberg road with new stations at Refinery, Montague Gardens and Turf Club before reaching Omuramba station. Buses would then turn down Ratanga road providing communities around the new Phoenix and Sanddrift stations, access to the growing MyCiTi network, ending at the new Century City station in the public transport interchange.

Rabie director Colin Green said the release of bulk land at Century City was linked to various infrastructure projects, of which the Trunk station was one.

“To date a total of just over one-million square metres of bulk has been released and close on 800 000 m2 has been completed. The balance comprises projects in various stages of the planning and subdivision process,” he added.

Green further pointed out that Century City was already well-serviced by rail public transport, with the nearby Century City station, as well as a dedicated taxi rank, but the completion of the MyCiTi Trunk station would add a new dimension to public transport with MyCiTi’s fast, efficient and reliable service, making Century City arguably the most accessible node in Cape Town.

It was envisaged that Century City would become a major interchange between the trunk and feeder routes emanating from Atlantis, Durbanville, Khayelitsha and the southern suburbs. Green said that, as the MyCiTi service expands, the reliance on Golden Arrow bus and minibus taxi services would be reduced or phased out.

Century City has been part of the MyCiTi service since November 2013 when a feeder route was introduced from Omuramba station to Century City, which ran in mixed traffic through Montague Gardens to Century City, down Century avenue, past the Canal Walk shopping centre and along Sable road to the Century City railway station. For existing passengers, the service meant a quicker journey between Dunoon and Century City, with no transfers and a cheaper fare owing to the shorter, more direct route.

Instead of travelling in mixed traffic, the buses would travel along dedicated red roads ensuring a quicker journey even in the heavily congested peak hours, with buses departing every 10 minutes in weekday morning and afternoon peaks and every 20 to 30 minutes at other times, including weekends.