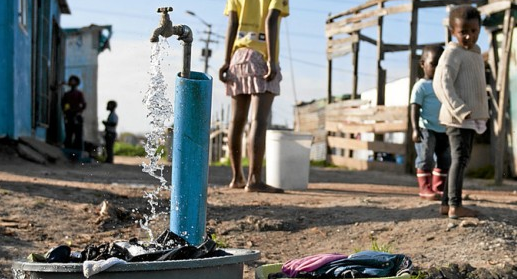 A DRAFT policy which elevates sanitation as a priority and holds municipalities to account has received the backing of social justice groups.

The last time the policy on sanitation was reviewed was 10 years ago.

Marie Brisley, the department’s water policy chief director said it will play a stronger role in ensuring municipalities budget properly and meet the standards in terms of wastewater works.

There has been no substantive policy regulating sanitation provision in South Africa, which has left implementation haphazard and without basic standards, Social Justice Coalition (SJC) spokesperson Axolile Notywala said on Tuesday.

Brisley admitted that sanitation provision had not received the necessary attention it required, and was usually the last thing municipalities budgeted for.

“That is why a lot of the wastewater treatment works are neglected and the water that goes back into the water resources does not meet the standards,” Brisley said.

Ses’Khona spearheaded a campaign for the installation of permanent toilets in informal settlements by dumping human faeces in public areas, notably the Cape Town International Airport.

“The government has done a wonderful job in covering issues on a wider spectrum. But they have neglected to include consultation from groups before drafting the policy,” Nkohla said.

In a statement, Notywala said: “Over several years, the SJC has led a campaign for clean and safe sanitation in informal settlements.

“Access to clean, safe and dignified sanitation facilities for all is one of the most basic rights. It is not a luxury. The continued violation of this right is one of apartheid’s greatest legacies and today’s most difficult challenges.

“We encourage communities and relevant stakeholders to make submissions and to ensure that the policy ultimately adopted is appropriate, and has the impact so urgently needed.”

Brisley said the country was expected to experience increased urbanisation, which will put strain on urban sanitation systems.

But at the same time, growing and changing settlements in rural areas are also putting pressure on small and limited sanitation systems.