African Ministers of Transport have declared their full support for the African Union Commission’s proposal for the establishment of a single African air transport market by 2017. The South African government has also identified transport as one of its economic pillars and as a major deterrent to the triple scourge of unemployment, inequality and poverty.

This emerged on Wednesday as South Africa’s Transport Minister Dipuo Peters hosted the meeting of the African ministerial working group on the establishment of a single air transport market in Africa. The working group includes members of the current Bureau of the Conference of the African Ministers of Transport. 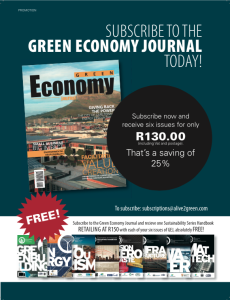 Peters said air travel was essential to the prosperity of Africa, as it opened up opportunities that did not exist before.

“Fostering the African aviation industry may be one of the driving forces of regional integration on the continent. Better connected African countries and regions, through a viable air transport industry, could be the catalyst that can boost intra-African business, trade, tourism as well as cultural exchanges,” she said.

The alliance enjoys 27% of the international air traffic market, ahead of Sky Team (19%.) Airlines outside these alliances still command the biggest share at 38% of the global market.

However, the performance of the African aviation industry still lags behind the rest of the world. The demand for air transport has increased steadily over the few years, with passenger numbers and freight traffic growing by 45% and 80% respectively.

Minister Peters said this trend is expected to continue in the coming years due to a number of factors such as robust economic growth, demographic boom, increasing urbanisation and the emergence of the middle class.

“Air transportation contributes directly to economic growth through the creation of direct and indirect jobs in the industry. It also contributes positively to other auxiliary sectors such as tourism.

In Africa, the industry is being hampered by constraints such as a poor record of safety and security, lack of adequate resources and infrastructure, distance and limited connectivity, lack of regulation and government actions.

Minister Peters said these constraints add to the competition and high operating costs. Addressing these challenges could significantly unlock the industry’s potential for future growth.

“Other constraints to note in the African air transport industry are poor airport infrastructure, lack of physical and human resources, limited connectivity and lack of transit facilities.

“Despite the growing awareness of the role that the aviation industry could play in the development of the continent, the industry is still not a priority of most African governments,” she said.

Minister Peters said African countries are reluctant, despite increased liberalisation of the African aviation industry, with some African governments still hesitant to open their skies amongst each other but yet are open to non-African countries through the Open Skies and Horizontal Agreements.

“African countries must first link with their own African neighbouring countries before they can forge links with other countries. The fear of competition amongst African counties undercuts national airlines’ [abilities] to enhance their commercial viability,” she said.

The Minister said the challenge requires African governments to enhance the regulation of aerospace management, consumer protection and the safety of airlines.

The AUC Commissioner for Infrastructure and Energy, Dr Elham Ibrahim, said, “We are fully supportive of the realisation of Africa’s long-term vision.

“Now is the time to end the marginalisation of Africa in the air transport market. Establishing a single air transport market will create an extra 155 000 job opportunities in the key markets which are South Africa, Equatorial Guinea, Sudan, Guinea, Namibia, Tunisia, Chad, Kenya, Nigeria, Senegal and Angola.

“Five million passengers are denied the chance to travel between these markets because of unnecessary restrictions on establishing air routes.”