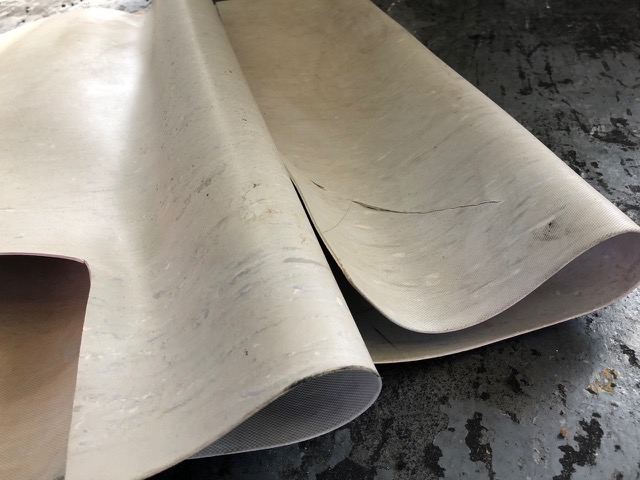 Polyflor SA and Innovative Pvc Compounds (IPC), both members of the Southern African Vinyls Association (SAVA), joined hands recently to ensure that 7.5 tons of vinyl floor off-cuts are collected, of which 6 tons were recycled, following an installation at the Dr Pixley Ka Isaka Seme Memorial Hospital – a new R3bn hospital in KwaMashu that is scheduled to open its doors by December 2019.

The 500-bed regional hospital named in the honour of Dr Pixley Ka Isaka Seme, one of the first black lawyers in South Africa and a founding member of the African National Congress (ANC), is the largest hospital currently in development in South Africa. It is situated near Bridge City Mall (a new mixed-use precinct that serves as a business, commercial and transportation hub for the eThekwini Municipality) and will be amongst the largest public healthcare facilities in the country once it is completed. The new development forms part of the KwaZulu-Natal Department of Health Hospital Revitalisation Programme. It will provide 1.5 million people living in KwaMashu, Inanda, Ntuzuma and surrounding communities in the northern Durban catchment area with a full spectrum of medical services.

The power of networking

Polyflor SA, one of South Africa’s leading suppliers of vinyl sheeting and luxury vinyl tiles to the healthcare-, retail-, education- and commercial industries, was awarded the contract to supply more than 35 000 m² of vinyl sheeting at the hospital.

Polyflor SA launched the country’s only official programme that recycles vinyl sheeting off-cuts generated during installations in 2016. The company’s contractors are given specially branded recycling bags in which they place the off-cuts, in order to be returned to the company’s head office in Sebenza, Johannesburg, for weighing and recording and collection by recyclers.

“Upon hearing of our involvement in the project through our networking at SAVA and given the fact that it was literally taking place on their doorstep, IPC offered to assist us with the recycling of the off-cuts at their premises,” comments Tandy Coleman, CEO of Polyflor SA. “Their involvement in this project made the entire process considerably shorter and easier to manage”.

Stepping out and stepping up

IPC is a family-run vinyl compounds supplier based in Durban. Established in 2010, they are one of the PVC compounders who supply their products nationwide, as well as internationally, for the manufacturing of footwear, safety shoes, gumboots, wire coating, floor tiles, electrical and plumbing fittings, for the moulding and extrusion industries.

“Although recycling of vinyl products is not a core focus of our business, we do encourage our customers to allow us to reprocess any, if not all, of their off-cuts in view of maintaining a sustainable environment. Vinyl floor off-cuts are a valuable source of clean, top quality material that holds high recycling value. For this reason, we were eager to assist Polyflor by collecting, reprocessing and recycling the material at our facility in Phoenix Industrial Park in Durban, before supplying it back into the industry as compounds for the footwear sector”, explains Mubeen Siddiqi, CEO and Director at IPC.

State of PVC recycling in SA

Adri Spangenberg, CEO of the Southern African Vinyls Association, applauded both companies for their pro-active approach and supporting the industry to reach its recycling targets.

“PVC recycling in South Africa has seen 16.4 % year-on-year growth in during 2018, whilst the virgin consumption increased 2.3 % in the same period. 20 778 tons of PVC were recycled in South Africa, of which 80 % was flexible and 20 % rigid vinyl products. Because the recycling process does not measurably decrease the chain length of PVC molecules, vinyl products can be recycled repeatedly up to 8 times – depending on the application. For this reason, the vinyls industry has been working very hard to boost collection of waste, optimise recycling technologies and boost the percentage of recyclate in new products,” she says.

Both Polyflor SA and IPC agree that the project was a huge success and that they are eager to collaborate on similar projects in future.

“It is Polyflor’s vision to minimise carbon emissions as much as possible, as well as being socially and economically responsible. Partnering with IPC on this recycling project enabled us to deliver an additional service to the client that was greatly appreciated. It also saved us time, money and kept our carbon footprint as small as possible because the materials did not have to be transported up to Gauteng for reprocessing. It is also hugely encouraging to know that the valuable material was effectively recycled and continued to add value in its second life!”, Tandy concludes.